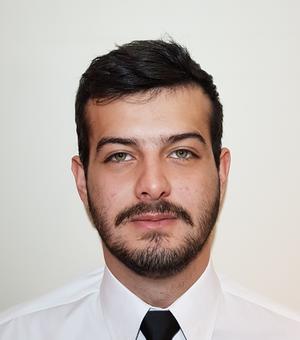 Marco Germanò is an Italo-Brazilian LL.M. student at the University of São Paulo (USP) Law School. His research focuses on the legal aspects of Chinese investments in South America, with particular interest in cross-border M&As, dispute resolution mechanisms, and project financing strategies. He holds an LL.B. (First Class) from the Federal University of Rio Grande do Sul (UFRGS), where he was a Santander Scholar. During law school, Marco was a fellow at the Botín Foundation and at the Konrad-Adenauer-Stiftung (KAS). He also served as an elected director to Brazil’s National Association of Law Students. Complementary education includes scholarships to study international law and politics at Brown University, Universidad Autónoma de Madrid, the London School of Economics, Harvard University, and the Hague Academy of International Law. After graduation, Marco has held Research Assistant positions at the Center for Law, Globalization and Development (UFRGS) and at the Global Law and Development Study Center (Fundação Getulio Vargas - FGV), where he has explored the characteristics of Chinese investments in Brazil. He is a licensed lawyer in Brazil’s jurisdiction and has practiced law in national and international venues prior to attending USP, including an internship at the Inter-American Commission on Human Rights (IACHR) in Washington, DC.