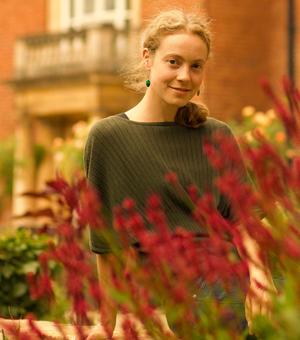 Dr Miriam Driessen is trained as an anthropologist. She earned her doctorate from the School of Anthropology and Museum Ethnography, University of Oxford (2015). Prior to joining the China, Law, and Development (CLD) project, she was a visiting fellow at Peking University and a Leverhulme Early Career Fellow at the Oxford School of Global and Area Studies and Jesus College.

Miriam’s research looks at the consequences of China’s new globalism in Africa, and Ethiopia in particular. Her book Tales of Hope, Tastes of Bitterness: Chinese Road Builders in Ethiopia examines Chinese-led development in Ethiopia from below, revealing its social, legal, and racial tensions. Following the everyday lives of Chinese and Ethiopian workers on and off the construction site, it shows how structures of domination and subordination are reshaped on the ground. The experiences of Chinese workers in Africa are closely linked to a Chinese society in flux. In a number of articles, published in The China Quarterly, the Journal of Ethnic and Migration Studies, and Public Culture, Miriam looks at the intersection of migration and social change in mainland China. Her essay The Restless Earth was the runner-up of the 2018 Bodley Head/Financial Times Essay Prize.

For the CLD project, Miriam examines how Chinese firms interact with local Ethiopian courts. Her case study builds on her book, which revealed the centrality of low-level state courts in mediating Ethiopian-Chinese encounters.